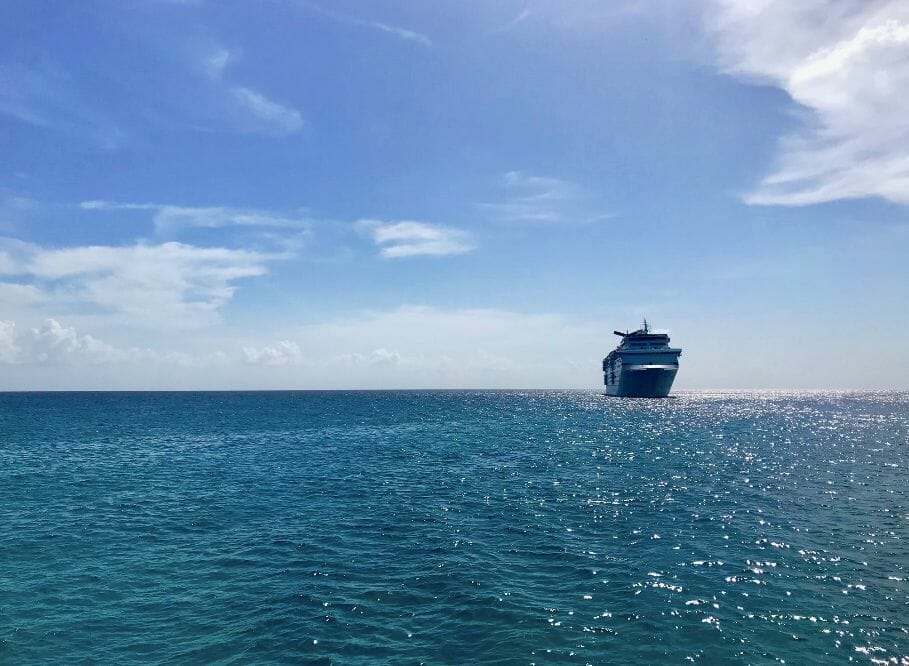 The ins and outs of life at sea

“What was it like?” I’ve been asked a million times since returning from working on a cruise ship. Just like being asked “How was it?” and “What was your favourite part?” after a holiday, it’s not so easy to answer with one word. “Good” just doesn’t quite cut it anymore.

This is an insider’s attempt to cover the good, the bad and the annoying – the questions that have been asked a million times over and over…and over again.*

First thing’s first. I’ve worked on ships for one contract (6 months). Not all cruise lines, ships and experiences are the same. A change of room, people, or even uniform, can make a huge difference. So take this account with a pinch of (sea)salt and remember, it’s what you make of an experience that counts!

Where did you live?

“Do you live on the ship?” Is the number one questions that makes our eyes roll right to the back of our heads. What’s the other option if we said no? To swim home after a shift ends? Or perhaps a helicopter flies us in and out.

Imagine a shoebox below sea level, with no windows, for two people. That’s what our room are like! Working every day means you’re not in your cabin for long though, and if you get a good cabin bunk buddy then it can become your little safe place. Plus, complete darkness and silence is my dream sleep combo, and now that I’m home, sleep city has become struggle city. 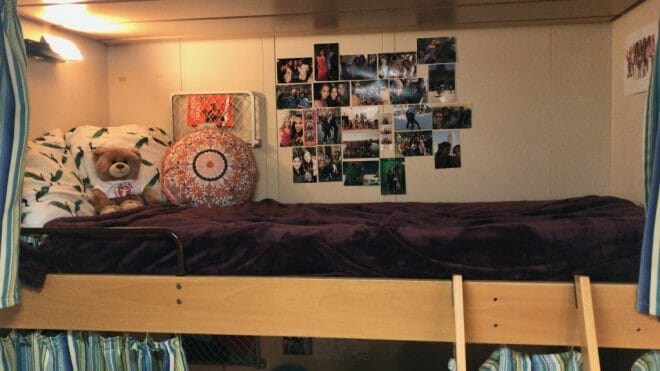 Pictured: Top bunk in a crew cabin on the cruise ship

Did you get to go to amazing places?

Some of our ports were stunning, while some were less exciting. The problem with getting a ship that does short cruises and only goes to a couple of places is that if you’re not a fan of the places, there’s nothing you can really do about it.

In six months, I went to three places (only two of which I could be bothered getting off the ship for) over and over again every five days.The ship I was on went to the Bahamas. One of the three ports was Freeport, which in my opinion wasn’t overly impressive. Rather than getting off at this port, crew often use the time to catch up on much needed sleep. Hence our unofficial name change to ‘Sleep-port’. Then there’s beautiful Half Moon Cay. You know that photo you see of someone holding a cocktail, smiling at the camera while lounging in a beach chair, the sea sparkling blue in the background? Yep, that’s Half Moon Cay. And it’s only accessible by ship!

Pro Tip #1: If you’re picking what ship to holiday on, pick it based on its itinerary. This includes what Ports it goes to and how long it’s at each port for. If you like more time on land, pick an itinerary with overnight stops or longer. Just going for the ship experience? Pick a shorter cruise with more sea days. 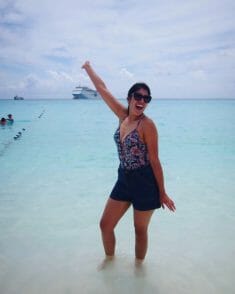 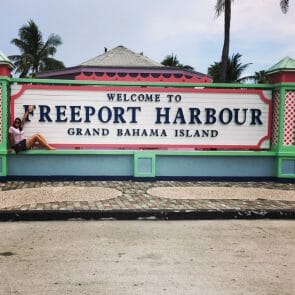 Did you get much time off?

As an Entertainment Host, our busiest days are sea days, when the ship is sailing. Port days are less busy, since most of the guests are off the ship exploring. We do extra things on those days like manage the debarkation and embarkation, which is ship-talk for “I can’t remember the time I last slept in”.

As the season starts to get busier, most time off is taken up by training and prepping holiday activities. With only five people on our team, it’s a lot to fit into a day. We became professional nappers, fitting in a 5 minute doze into a 10 minute break. Again depending on your department, managers sometimes organise team outings and excursions for a well-deserved beach day, or dinner at the guest restaurant. 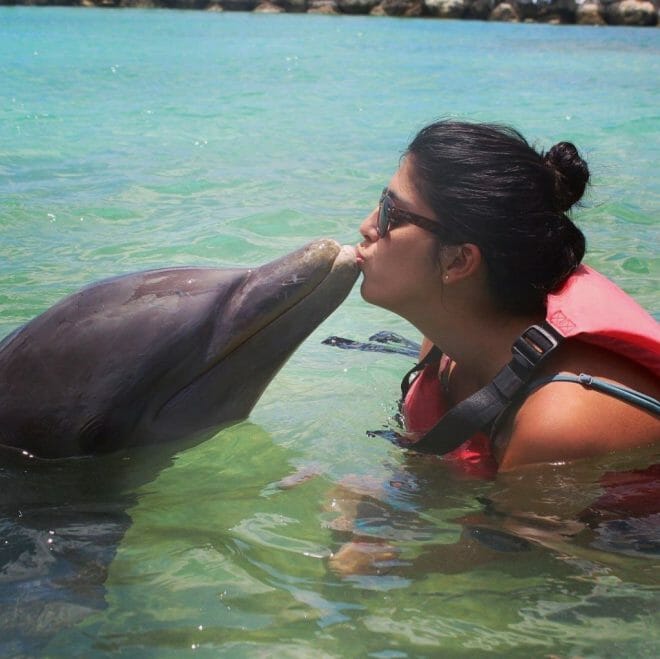 The vast majority of guests were American and were a whole lot of fun. I’m lucky that my role was to entertain guests, which is something that’s easy to do when they’re on holiday, relaxed, and wanting to be entertained. The demographic on the ship I was on was a huge mix of families, honeymooners, anniversaries, and older couples. Some of these were regular cruisers and they became part of the family. Two guests even became my American ‘auntie’ and ‘uncle’ who gave the best hugs ever. Then there are the drunk guests, the complainers, and once debarkation comes around (getting people off the boat at the home port) patience wears thin quickly and even the nicest of guests can turn into… a handful. Yep, definitely playing it safe and sticking to the term ‘handful’.

Pro tip #2: For the love of god: PLEASE remember we are but mere humans. So retract those claws and be grateful for your holiday. Did anyone die or any major accidents?

Everyone seems to get really excited asking this question. Experiencing or seeing an accident IS NOT FUN. Fortunately, nothing happened during my contract and let’s hope nothing does! While we’re at it, yes, there’s a morgue and jail on ships.

Let’s just say I wasn’t earning what I was in my full-time corporate marketing role before. The benefit is that I saved more than I have in any other job. This is because accommodation and food is covered and the only bill you’ll be paying is when you want to buy internet (which isn’t often since the connection is so bad). My role is salary and non-tipping. Other roles are commission based, and some a combination. Bar tenders and housekeeping generally rely on tips, so please, TIP THEM WELL. They deserve it.

Did you make lots of friends?

YES. Cruise Lines staff and crew are (generally) the loveliest, most welcoming people who basically smile 24/7. I still remember the first week on the ship when staff would look at me, smile, and say hello as if we’d known each other for years. Six months on and that never changed.  We’re all in the same boat (pun intended) so we know how important we all are to each other. It’s like getting an instant, very multi-cultural, family who become your biggest support when you miss family back home.

So, “What was it like?”, you ask? It was exciting, scary, fun, bizarre, refreshing, different, amazing, encouraging, and unlike anything I’ve ever done before. And I’ve only just scratched the surface.

Previous Post What your shoe choice says about your inner sense of style
Next Post Get Resort Ready, top resort wear looks for 2019