Just Back From: Mostar, Bosnia & Herzegovina 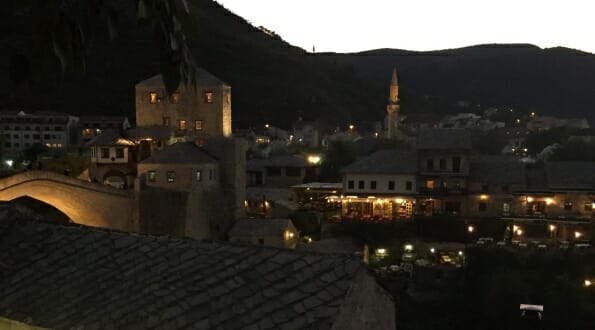 Helen took an October twin-centre break to the Balkan region, staying first in Dubrovnik in Croatia before moving on to Mostar, a sourthern city in Bosnia & Herzegovina.

Meeting local people who were so open, warm and friendly. We stayed Airbnb close to the Old Town and the accommodation was excellent. The people we met were so willing to share their hospitality, their stories about the war and their hopes for the future. 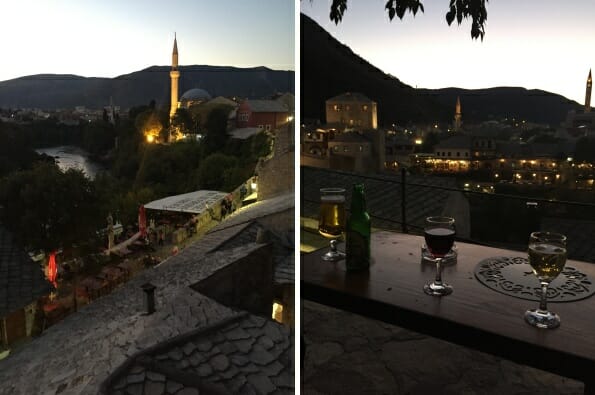 My Top 5 Things To Do

1. The Old Town and the Stari Most bridge are very lovely and atmospheric but very touristy. The views from the bridge and the terraces are beautiful. When you think that all the bridges were destroyed during the war in 1992 it's remarkable that the old bridge has been replaced exactly. Check out the 2017 Cliff Diving Championships which were held in Mostar to see the famous bridge diving.

2. We took the free walking tour to find out more about the city, which obviously means understanding about the war.

3. Hum Hill; the cross on the hill above Mostar and the gun placements from which the Bosnians were bombed.

4. Kravice waterfalls – just stunning. In fact we took a full day private tour for just 30 Euros each and saw so many stunning sights including: Medjugorje, where the Virgin Mary is said to have appeared; an old hillside village Pocitelj; Blagaj – once a thriving town from the 15th century and home to the Dervish Tekke Monastery plus the source of the Buna river; and the underground secret hangers of the Yugoslavian army where they used to keep 25 MiG jet fighters. 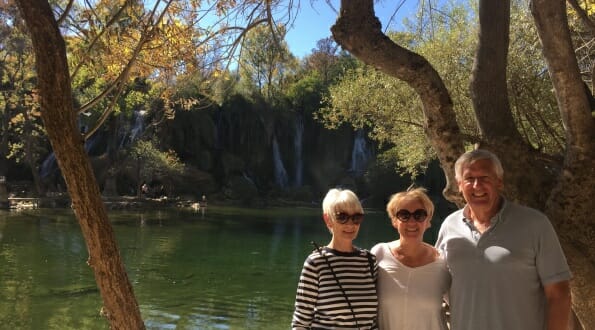 5. Eat in the atmospheric Old Town and you won’t be disappointed. Our favourite for atmosphere, welcome and food was Tima – Irma.

Mostar is increasingly on the tourist radar but going in mid-October everything was still open but much less crowded and cooler. Around 24c and sunny, which was perfect for travel and sightseeing. Many people take a day trip from Dubrovnik but Mostar deserves better than that, I would say at least two full days. We walked a lot in Mostar into the local areas and at night and we felt very safe.

Good To Know Before You Go

Euros are accepted everywhere and there is a fixed rate of exchange to the local currency. There are plenty of ATMs in Mostar.

3G is widespread in Mostar but patchy in the countryside.

A Word Of Caution

Road signs are not great and there is still some concern about unexploded land mines. The countryside is beautiful, but a guided tour will take you to places you probably couldn’t find alone. 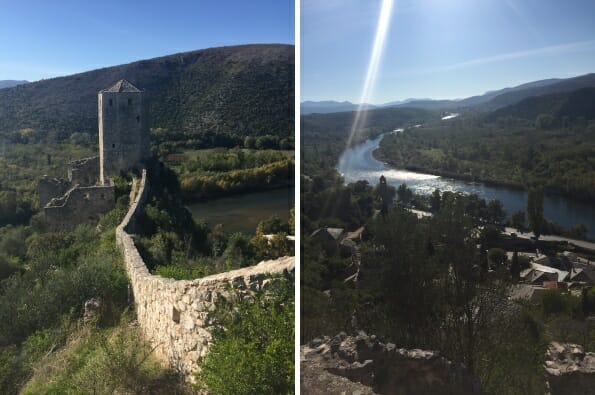 We read about people waiting hours to cross the border, which may be the case in the height of summer, but we found that with Google Maps we could find the quieter border crossings and often there was no queue. The roads we travelled were all good quality and with plenty of petrol/gas stations.

You will need comfortable shoes for the cobbles of the Old Town and if you venture further afield.

What I Wore And Packed

To travel in I wore:

Previous Post Just Back From: Dubrovnik, Croatia
Next Post Tips for Tokyo - a Reader's Experiences in Japan