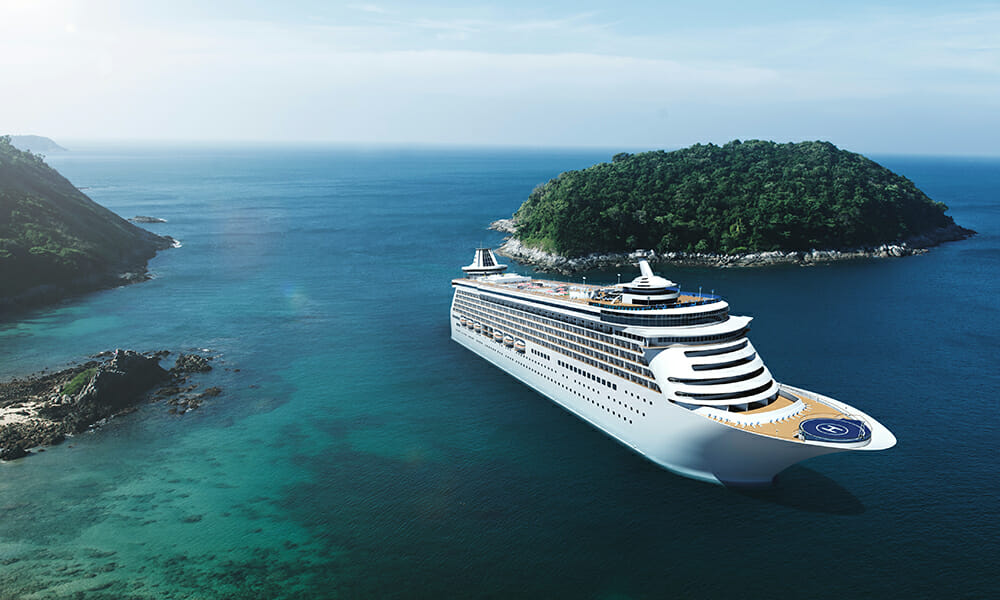 Unless you're booking a late or special priced deal, you'll probably be given the option to pick a specific cabin (known as a stateroom) on your cruise.

With some modern ships now being the size of an entire city block, it can be hard to know which is best! Here are a few helpful tips to guide you through the choices: 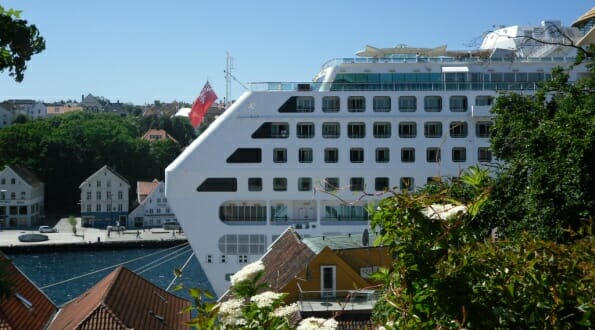 Firstly, of course, there's your budget. Cruising is becoming more affordable, but there's a whole world of difference between the cheapest and most expensive fares. What you can afford will probably determine:

Staterooms tend to be grouped into categories, and the brochure deck plans will show you where each category can be found on board.

Tip: You may be asked to choose a ‘category only' and not a specific stateroom, and if the cruise isn't sold out some customers will be upgraded. However, an upgrade is usually only within the same category – e.g. a smaller outside to a larger outside. You're unlikely to be upgraded from inside to outside, or outside to a balcony.

If budget is tight, you may opt for an inside cabin – usually the cheapest. You won't have any view to the outside world, and at best will have a window looking out into the corridor.

Whilst these rooms can sound claustrophobic, consider how much time you are likely to spend in there anyway. With ports to explore all day and a myriad of activities on board, it may be you only spend time in your cabin to sleep, and won't notice the lack of window at all!

Some people prefer to save their money for activities instead. Inside cabins are also well worth considering for a short break or mini-cruise.

Tip: If you want to check the weather conditions or see where you are, most ships have a webcam which streams footage back to your stateroom TV – almost like looking out of the window! 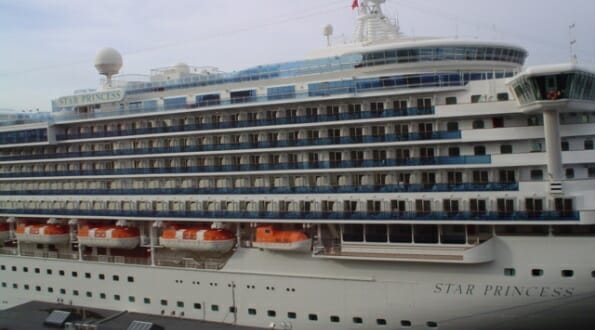 Star Princess – Outside staterooms on the lowest decks with picture windows; some obscured by lifeboats

An outside stateroom generally has a picture window or small porthole – depending on which deck you are on. These give you the chance to open your curtains each morning to a brand new view.

Good for those with a little more to spend, you can watch the scenery go by from the comfort of your room, without needing to venture into the public areas.

Tip: Outside cabins are often in the middle decks of the ship, and may have obstructed views from the lifeboats (usually around Deck 8). Even if your cabin isn't sold as a cheaper ‘obstructed view' fare (i.e. with a boat immediately outside) they will probably be close by. On days when lifeboat drills occur or in ports where you go ashore by tender (which uses the lifeboats) it can be VERY noisy early in the morning as the machinery lowers them down! 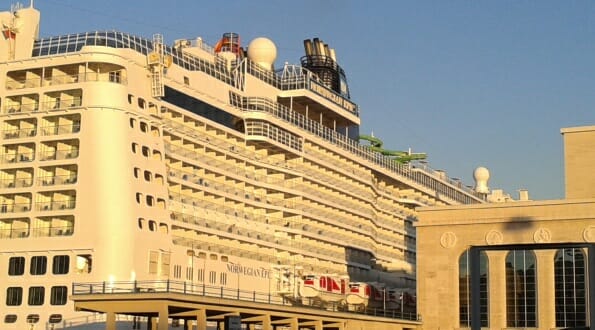 Norwegian Epic – All her outside staterooms have balconies

Probably the most popular class, balconies give you the best view of your surroundings and some private outside space. This can be a godsend on ‘at sea' days when the public decks around the pool tend to be crammed.

Best for sunshine cruises when you might want to sit out and catch some rays in peace, or scenic cruising such as the fjords where there is plenty to see as you sail. Floor-to-ceiling glass doors mean you can sit in comfort or even lie in bed and still admire the views.

Tip: If you're unlikely to do either of these things (and when sailing the open seas there really is nothing to see but water!) save your money – there are plenty of activities to spend it on instead.

If you can afford it, a suite will give you more space to move around. But again consider how much time you will really spend in your room. They can be useful for families though, if you want to accommodate more people.

Tip: Suites also sometimes come with added extras – such as included drinks packages, exclusive bar areas and speciality dining. Work out how much you are likely to use these things (and spend on them) to see if the extra up-front cost is worth it.

Once you've narrowed down your stateroom category, you'll have a couple of decks to choose from. 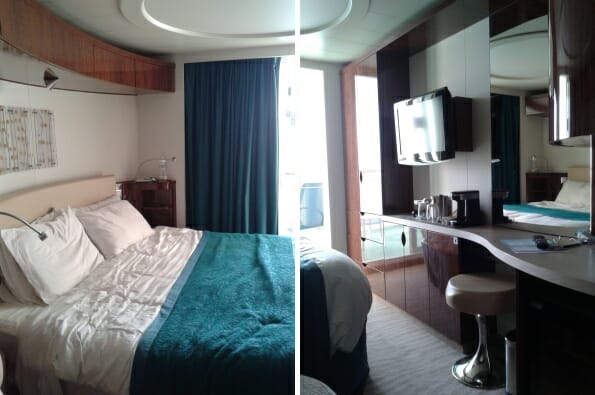 Inside a balcony cabin on Norwegian Epic

If you're worried about sea-sickness, opt for a lower deck. The bigger the cruise ship the more stable it is, plus they are all fitted with stabilisers so most people really don't suffer too much. However, in the worst of weathers it can get a little wobbly, and you will feel it less on the lower decks. This may mean foregoing a balcony.

The other thing to check is what lies immediately above and below your room. Cabins right underneath the pool deck may be subject to the noise of deckchairs moving or early morning cleaning. If you've above a bar area there may be music filtering through late at night. Also look out for the lifeboat storage – as mentioned above the machinery here can be very noisy.

The very lowest deck may pick up noise from the engines and crew areas below – there is lots going on beneath the passenger decks.

Tip: Cruise ships can be quite noisy in places, but choose a room which has other staterooms immediately above and below – rather than public areas – for the best chance of peace and quiet. 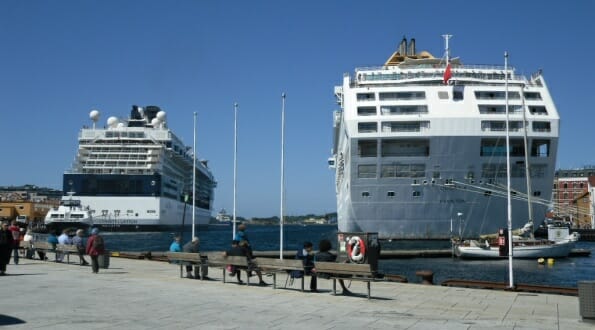 Staterooms at the very back will give you great uninterrupted views

Ships are split into three areas – Forward (the front), Aft (the rear) and Midships in the middle.

Like the lower decks, Midships is the most stable in rougher seas so the best choice for avoiding motion sickness.

The Aft is the next most stable, and if you're right at the back you'll be treated to fabulous uninterrupted views as you sail away from port (although looking right down into the wake can be a little gut-wrenching!). You may hear noise and vibrations from the ship machinery.

If you're at the front you will be more likely to hear and feel the waves hitting the bow of the ship as she cuts through the water, but again you'll have fantastic views.

If there are particular public areas you will frequent a lot – such as a preferred bar, pool deck or children's area – then pick a room at the same end to save on walking (unless you want the extra exercise). Expect to do plenty of walking on board though, especially on the large ships, but with the amount of food available this is no bad thing!

Other things to consider are the locations of crew areas, elevators and laundry rooms, all of which can be noisy at times and may disturb if you're a light sleeper.

Tip: As with choosing your deck, opt for cabins which are surrounded by other staterooms and avoid those with 'empty' space on the deck plans – in reality it won't be empty as every inch of the ship is used to the max.

Cruise ships really are like the best hotels, and whichever room you choose you'll be looked after in comfort and have a fabulous time.

One thing's for certain though, once you return you'll be looking to book the next one!